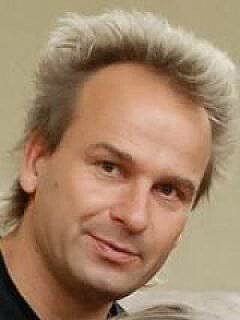 Jan Silberstorff, born in 1967, already as a child was interested in the Eastern martial arts. At the age of 18, he began to devote his life to Taijiquan, as he sensed that this would lead to his calling. In 1989 he passed the state Taiji trainer exam of the PR China, where he lived for several years. He was one of the first foreigners to learn in the place of origin of Taijiquan, Chenjiagou, and in 1993 he became the first western master student of the traditional holder of classical Taijiquan, Grandmaster Chen Xiaowang, and thus also the first foreign lineage holder in the 20th generation. He is fluent in Chinese and has published numerous books and articles as well as DVDs and television documentaries on the subject. After more than 25 consecutive tournaments around the world, together with Grandmaster Grandmaster Chen Xiaowang he founded the largest Taijiquan association in the world, the WCTA (World Chen Xiaowang Taijiquan Association), in 1994 and took over the management of the German association (WCTAG), which is now the largest of its kind in the West. Awarded several times by the Chinese government (including the highest Duan-level within the WCTA), he was the first non-Asian to be invited to the official Masters event of the State of Singapore in 1998. He teaches in over 15 countries worldwide and together with his students founded over 400 currently active Taijiquan groups and schools with over 500 annual courses in over 160 locations in Germany alone. He founded the leading Taiji associations in Brazil (WCTA-Br, 2006) and in Chile (WCTA-Chile, 2010). He founded other Taiji associations in Mexico in 2009 and in Cuba in 2014. In 2009 he founded the aid organization WCTAG-hilft e.V., as well as the 'Island of the children‘, which supports over 220 children in need in Sri Lanka and Brazil, and in 2013 the 'Institute of Daodejing Studies (IDS). The institute is a joint project to research and convey the Daodejing and was created through the collaboration of Huizhang Ren Farong, the Louguantai Temple, the Chinese Science Academy Xian, and its founder Jan Silberstorff. In 2015 he started an aid project for 180 refugee children in Germany and founded the Latin American umbrella organization WCTA-LA in 2017. Since 2016 he is a board member of the umbrella organization for Qigong and Taijiquan (DDQT). In the same year, together with Jan Leminsky, he founded the internationally successful Team Taiji Germany, an association and styleindependent tournament organization in order to develop the common spirit of all Taiji enthusiasts in addition to promoting youth and the sporting aspect. In 2020 he founded WeLaxx with Eric David, a health program for the broad masses of society. With his own focus on the practice, Jan Silberstorff spends most of the year in seclusion with his wife and young daughter in a village in Bulgaria.